Tipping your vendors, should you or should you NOT, the secret question that Philadelphia based wedding planner, Angela Malicki will educate you on.

You’ve picked the date, selected your team of professionals, now the time has come for the BIG day – your wedding. Paying for your wedding is not a small chunk a change. The cost for some weddings in our area are sums UP TO a year of tuition to an Ivy League School.* I always refer back to the scene from the 1991 movie Father of the Bride when Howard Weinstein, wedding planning assistant to Franck Eggelhoffer, calls George Banks about the cost per head, George  misunderstands by hearing $150 per person and Howard corrects him that it’s $250 a person. At that point, George flips out and collectively tries to cut costs everywhere possible. Tipping Vendors is another cost when planning your wedding.

Just like any service you receive whether at your nail salon, favorite eatery or even valet, there’s a thought of “How much should I tip”?  Rule of thumb is 20% or more of total service or what you feel is comfortable to give based on satisfaction.  Many couples and those funding the event feel that they’re paying enough as it is so giving a tip is out of the question.

o answer your question, this is a GUIDE on Tipping Vendors involved with your wedding, now this is based on different case-by-case scenarios, use this as a guide as you’re making your withdraw and labeling each envelope  (as planners we will distribute gratuities for you at the end of the night). Other non monetary options are giftcards mailed with thank you note, flowers, wine of the month club, referral, and review on Google or other related sites.

Wedding Planner –  A wedding planner is a professional who assists with the design, planning and management of a client’s wedding/event . They are your liaison between vendors, therapists with family issues and MacGyver when something goes wrong or falls apart – like a cake crashing before the guests walk in the ballroom because the person carrying it in weighed 20 pounds soaking wet – true story!

Venue/catering –  There are many key players involved with your wedding reception, just like football and baseball, you have a coach,  and team. In terms of your event, you have a Catering Manager, Maitre D’, servers, bartenders and coat check (depending on time of year). You’re probably saying to yourself, “isn’t gratuity included”,  yes in most cases, but extra cash is a nice gesture to the staff that served your guests, bridal attendants. Your bartenders ensure everyone is drinking responsibly without going overboard, while the  Maitre D’ is the GRAND POUMBA of everything, overseeing the staff and ensuring all goes as planned with the kitchen and floor. I refer to them as a Pit Boss, never skipping a beat, we work closely with them on the timeline and what takes place throughout the night.

Photographer/Videographer-  Both photographers and videographers are artist that captures your wedding that will forever be in memory. Your photographer/videographer is trained either professionally or by trade offering various bodies of work. They are multi-taskers, quick thinkers and story tellers, which make them in my eyes GENIUS’. Videographers have a bad wrap, when I mention to my clients if they’re considering video, I get the same response, “I’m never going to watch it”, or “It’s not priority”. After their wedding, they contact me saying they regret not hiring one. Photographers, like your wedding planner and videographer, spend the most time with the couple. We on average spend about  25-40 hours before, during and after, making our time valuable.

Lindsay Docherty, owner of Philadelphia based photography firm Lindsay Docherty Photography says, ” As a photographer and the business owner, I don’t expect and rarely get tips. They are already paying a large amount. If an associate is shooting a wedding, it is a very kind gesture to tip them since they are a subcontractor. When I have been tipped, it is usually $100, which I share with my second shooter”.

Transportation –  When a client offers event shuttling and transportation, they really thought of their guests safety and well-being. The type of vehicle day of a wedding usually is a large passenger bus, trolley or party bus. The driver is licensed under an insured and bonded company. We work with several reputable transportation companies that are professional, safe and always on-time.

Florist – A florist to me is a creative genius that can transform a space into a fairytale dream, making them the most important player in the grand scheme. Florists are knowledgable in everything horticulture related, from which flowers are in bloom, where they come from and how many stems are needed to achieve the look for your abundant centerpiece. Many florists include other design services including chuppah design, lighting and linen selection to complete the overall design. Florists have the hard task of loading TONS of vases, flowers and other large items in congested loading docks. Working within small windows of flipping your ceremony to your reception space and making a quick bouquet due to a bridesmaid leaving hers in the limo.

Hair and Make up Artists – Let me the first to say it, wedding hair is an art in itself. I’m a jack-of-all-trades, but hair is not one of them. Make up artists are artists whose medium is the human body, in this case – the bride. Both work on the clock perfecting a look that will be in photos, video and in memory. Most make up and hair stylists bring several assistants of their “Glam Squad” day of. Most are traveling on-site or working from their studio. Make up artists are trained and proficient in current trends and techniques. I remember walking through a department store and seeing several ladies working behind the beauty counter with blue eye shadow to their brows, the look that Mimi Bobeck, the boisterous character from The Drew Carey Show rocked everyday. Working with a professional and hair and make up artist not only will make you look and feel like a princess but also prevent any day of nightmares that will scar you til eternity.

Musicians –  Or I’d like to call them,  the crowd pleaser. Your entertainment not only sets the mood of your event but also controls your crowd and the party..  Your band or DJ gets your guests on the dancefloor, jogs memories with songs you haven’t heard in a while, create a little romance and helps you burn calories that you consumed during cocktail hour. They’re job is to keep the party going  and have your guests asking for one more song. Bands work harder as they learn new songs, coordinate with each member and sign in different languages. tipping vendors

“Chris Romanelli, Operations Manager of Schaffer Sound Production says , ” I receive tips  about 60% of the time. When I don’t, it’s because many think I’m the owner of the business because I’m full-time as a DJ,  however I am not . Also I receive emails from my couples saying they totally forgot because of the craziness of the day or the best man should have taken care of it. Finally, some don’t tip because they didn’t know they should”.

“Anil V, Band Leader of EBE – LA Starz Band says, “We seldom get tipped, about 30- 40% of the time we get tipped. The couple looks at the overall cost of the wedding and the thought of tipping an 18 piece band is expensive for them”.

Events by Angela Malicki (Angela MALICKI events ) is a  Philadelphia based Wedding and Eventing firm located in Old City. We take on a limited amounts a year focusing on  the client and fulfilling their planning needs. Events by Angela Malicki  offers a desirable length  of services including complete event design, event rentals, vendor selection, bespoke stationery design and out-of-towm accommodations.  Angela is a native of Philadelphia and first generation Greek decent. She resides outside Philadelphia with her college sweetheart and 3 miniature schnauzers.out-of-town

🤍you’re heart belongs to me🤍 Being a wedd

It’s all in the details. ✨ Custom designed gu

Serving all shades of PINK💓💗💖💞 Taken

Pro wedding tip✨ Have your florist conceal the

“We did it. Love is beautiful. Love is kind. And

Keep it cool on your wedding day😎 . Photo @swee

✨You don’t marry can’t live with, you marry

OK fellas, are you a boutonnière type of guy ?

Hello friends! It has been a while since we posted

Happy anniversary to Emily and Conor! Wishing ever

About Angela Malicki, your wedding planner 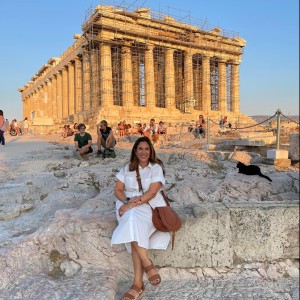 Events by Angela Malicki (Angela MALICKI events ) is a  Philadelphia based Wedding and Eventing firm located in Old City. We take on a limited amounts a year focusing on  the client and fulfilling their planning needs. Events by Angela Malicki  offers a desirable length  of services including complete event design, event rentals, vendor selection, bespoke stationery design and out-of-towm accommodations.  Angela is a native of Philadelphia and first generation Greek decent. She resides outside Philadelphia with her college sweetheart and 3 miniature schnauzers - Titus, Alexander and Christopher. Her goal is to retire in Greece and run her business there. Read More… 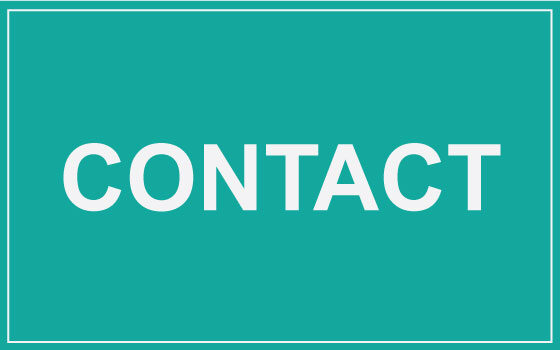 🤍you’re heart belongs to me🤍 Being a wedd

It’s all in the details. ✨ Custom designed gu

Serving all shades of PINK💓💗💖💞 Taken

Pro wedding tip✨ Have your florist conceal the

“We did it. Love is beautiful. Love is kind. And

Keep it cool on your wedding day😎 . Photo @swee

✨You don’t marry can’t live with, you marry

OK fellas, are you a boutonnière type of guy ?

Hello friends! It has been a while since we posted

Happy anniversary to Emily and Conor! Wishing ever