We all know the big wedding of the year was, of course, the Royal Wedding – but there are plenty of other A-list celebs that tied the knot! So we wanted to recap for you some of the other  festivities that took place this year thus far. This mid-year review will put us in a good position for our end of the year recap. Check out our blog post from last year’s nuptials and split-skis

Valerie Bertinelli and Tom Vitale – After dating for more than six years they decided to tie the knot in their Malibu home on New Year’s Day with close friends and family. Her dress was designed exclusively by David Meister, whom I had the pleasure meeting a few years ago at a private event.  One guest that will remain near and dear to her heart, Eddie Van Halen, married for 25 years. was front and center while Val and Tom were exchanging their vows. I guess Valerie will take “One Day at a Time”. I wonder what their first song was – Can’t stop loving you, I doubt it!!! Shania Twain and Fred Thiebaud – Another celeb wedding took place on New Year’s Day in Puerto Rico with only 40 guests during a sunset ceremony on the beach. Shania’s nine year old son walked her down the aisle. She wore Calvin Klein shoes with a dress from a small store in Switzerland. Thanks heavens it wasn’t the uber tight and sexy leopard catsuit she wore in her 1998 music video “That don’t impress me much” After the ceremony, Shania sang at her own reception! Kelsey Grammer and Kayte Walsh – Although this couple has nearly 26 years in between them, they wed at the Longacre Theater on February 25th in New York City (far from his Beverly Hills ex, Camille.) The reception followed at the Plaza Hotel with a mix of Hollywood and Uptown style. Maybe four times the charm for Kelsey! Love the Gold Manolos! Michael Bublé and  Luisana Lopilato – They first exchanged vows in a civil ceremony in Buenos Aires, Argentina on March 31st.  A few days later the couple celebrated with a 300 guest reception at a private mansion. The bride was seen wearing a satin gown featuring a plunging neckline and tiered skirt by Argentinean designer Sylvie Burstin and Christian Louboutin (one of our fav designers) heels. Their second celebration took place in Canada on May 20th at the Pan Pacific Hotel with another 500 guests! Leann Rimes and Eddie Cibrian – Surprise! That is what happened to the 40 guests who arrived to the ‘engagement party” or so they thought on April 22nd in Malibu. It turned out that the couple would actually wed that day in a private ceremony. The very un-traditional couple were together nearly all day getting ready and sipping cocktails before their vows. Leann wore a Reem Acra gown and looked stunning! Lorenzo Lamas and Shawna Craig – On April 30th 53 year old  Renegade Star, wed his much younger lady (even one year younger than his own daughter and Bachelor finalist) at the Casa Dorada Resort in Cabo San Lucas. Shortly after the ceremony, Lorenzo took his new bride on a jetski for a ride before the reception, I guess the LOVE BOAT was not available that day. This is Lorenzo’s fifth marriage! Seriously, this guys has been around for a LONG time – a few noted shows he was on – Love Boat, Falcons Crest, Bold and the Beautiful and ofcouse the Renegade. Marie Osmond and Stephen Craig – Yes, they wed for the second time! The couple shared vows on May 4th at the Mormon Temple in Vegas. The reception followed at their Nevada home, where Marie wore the same dress as their first marriage. I wonder what their first dance was – the cha-cha, the paso or perhaps the two step??? Sara Rue and Kevin Price – Shedding for the Wedding is an understatement! Sara looked amazing in her Amsale gown on her wedding on May 21st in Pacific Palisades, California. It was a traditional Jewish wedding, with Jewish dishes and two wedding cakes! I think the diet plan fell out the window for one day Tony Romo and Candice Crawford – The most recent celeb wedding took place on May 28th in Dallas, Texas (surprise). Of course, Jerry Jones was there along with many past and present Cowboys players. The couple exchanged vows under a tent at Arlington Hall with 600 guests watching. I guess Jessica Simpson did not get the invite! The guests received custom gift bags that included a Neiman Marcus gift card, assorted treats from Great One Cookies, a miniature bottle of Moet champagne, a box of Dude Sweet Chocolates, gourmet popcorn, chips and salsa, “Killer Pecans” from Bandera Foods, Voss bottled water, and an assortment of Kiehl’s beauty and body product – talk about swag!! -” THESE ARE A FEW OF MY FAVORITE THINGS” – as Julie Andrews is singing in the background

So who is next, Kim Kardashian and Kris Humpries? Will Hugh Hefner ever actually marry Crystal Harris? You also have Paul McCartney and Nancy Shevell. Who do you think will make it to the alter first? 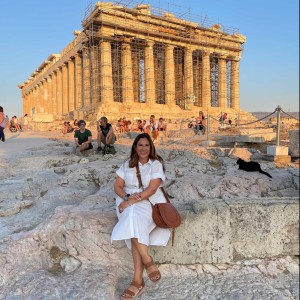